Cyprus: Agreement on (civilian) development in the area of ​​British bases in force 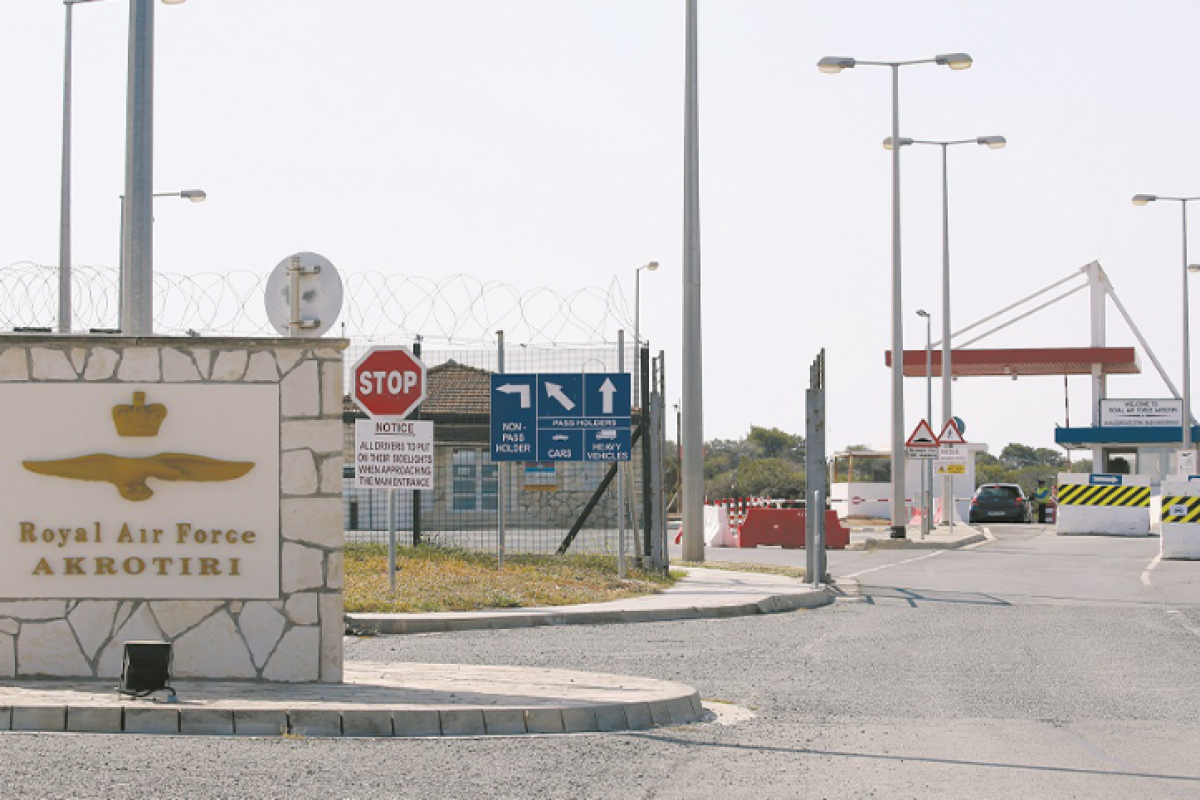 Cyprus: Agreement on (civilian) development in the area of ​​British bases in force

It is changing from the regime that has been in force for 62 years in large areas of Cyprus that are sovereign territory of Britain, as it has established its military bases there. The president of Megalonisos speaks of a "historic moment". What the joint statement of the two parties states…

The Governments of the Republic of Cyprus and the United Kingdom announce the commencement of the implementation, on 16 May 2022 of the bilateral Settlement signed in 2014, on Civilian Development at the Bases. This agreement is an important milestone in the long-standing bilateral relations between the two States, reflecting the close cooperation and ties we have shared for more than six decades.

The completion of the negotiations and the consultation period on environmental issues marks the beginning of the implementation of the new Civilian Development Plan, an urban plan that will allow more development opportunities in the Base areas.

Formed by the two Governments and in consultation with environmental and business groups, as well as local communities, this new urban system means the removal of many restrictions that existed on the development of land and property within the Bases.

Urban zones and procedures, similar to those in the Republic of Cyprus, will be applied to the Bases from 16 May 2022, with the exception of areas related to the military needs of the Bases and security issues. The rights of all landowners and property owners will continue to be guaranteed regardless of where they live, while at the same time, environmentally sensitive areas will be protected. The new policy, with the accompanying maps, will be published in their final form on May 16, 2022 and will be available to the public. From 16 May 2022, property owners will be able to apply for planning and housing permits as part of the new design. At the same time, for a period of four months from the publication,

The implementation of the Settlement is the proof of the commitment of the two States to honor their obligations, which derive from the Establishment Treaty and to protect the prosperity of current and future residents, as well as property owners, in general, in the areas of the British Bases ". 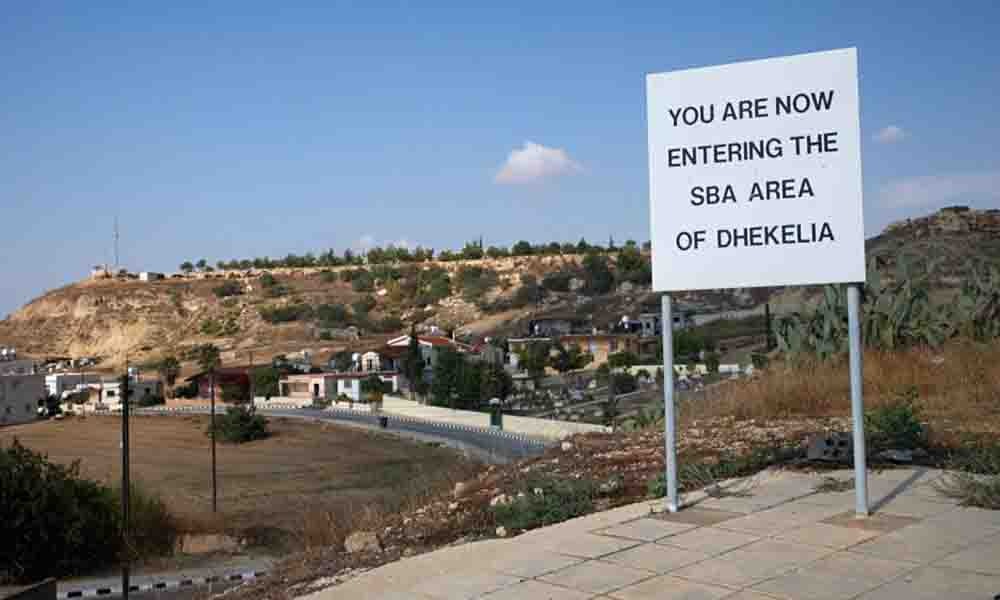 Anastasiadis: This is a historic agreement

As the president of the island Nikos Anastasiadis stressed at the announcement ceremony of the start of the agreement: .

A truly historic Agreement for the Republic of Cyprus and the inhabitants and owners of land and property within the borders of the Bases, but also a tangible proof of the excellent relations between Cyprus and the United Kingdom.

An agreement reached on 15 January 2014 between Prime Minister David Cameron and the undersigned and signed by the Foreign Ministers. William Haik and Giannaki Kasoulidis.

Based on what is provided:

First: For the first time since the establishment of the Republic of Cyprus and the relevant Treaties of 1960, and despite the occasional efforts of previous Governments, a final and holistic arrangement is achieved for the development of land and property within the borders of the British Bases.

Second: It is also, for the first time since the founding of the Republic of Cyprus, the largest land use change, as 80% of the territory of the British Bases, covering an area of approximately 200 square kilometers out of a total of 255, change status and are included in urban zones. benefit of 4 Municipalities and 23 Communities that fall either partially or in their entirety within the areas of the Bases.

In this context, 6,150 hectares can be used for residential, tourist, commercial, livestock and agricultural development purposes, while the rest of the area is part of protection or mild development zones.

Third: A long-standing and fully justified request of the affected landowners for the use and exploitation of their property in an equal and proportionate manner compared to the property owners in the areas controlled by the Republic of Cyprus, thus removing the distortions and distortions that have existed for 62 years. had to date experienced.

From now on, property owners in the areas of the Bases will follow the procedure in force in the Republic of Cyprus in relation to both urban and building licensing and the right of free disposal by property owners to Cypriots, European citizens, but also citizens of third countries.

And as is self-evident, this Agreement, the first essentially Development Plan to be implemented in the Bases, is expected to bring significant growth prospects, activity and multiplier benefits, not only for the residents who live or have property in the Bases, but also in the economy and society at large, at a particularly difficult time due to the Russian invasion of Ukraine.

Fourth: Demonstrates the upgraded and excellent level of relations between the Republic of Cyprus and the United Kingdom, which led to the conclusion and conclusion of the said Agreement.

I have to admit that the whole effort to complete the Agreement from its signing on January 15, 2014 until today has been time consuming, and justifiably time consuming, since the complexity of the case should not be overlooked, heaps of issues that arose during the negotiations, so to achieve the best possible.

And this, not only because of the special status of the Bases and the environmental, military and security issues that arose, but because, as I mentioned above, it was the biggest urban change of use and development in the Republic of Cyprus.

For the sake of the sincere and constructive cooperation between the Republic of Cyprus and the United Kingdom, especially between the Ministries involved - and here I see my friend Tassos Tzionis, who had undertaken the entire negotiation on behalf of the Ministry of Foreign Affairs, as well as the relevant officials. of the Ministry of Foreign Affairs and various Services such as the Department of Urban Planning, Land Registry, etc. - it was possible to find mutually beneficial solutions and overcome any difficulties, as the primary concern of all was the implementation of the Agreement with a view to strengthening Communities and residents and property owners located in the area of the Bases and who as a result of this Agreement will benefit.

Once again, I would like to express my full satisfaction with the launch of the Agreement on Civilian Development in the Bases, which is a substantial and qualitative milestone in the further deepening of relations between Cyprus and the United Kingdom.

A milestone that demonstrates and proves in practice the enhanced framework of cooperation at bilateral and international level observed in recent years between the two countries.

Finally, I would like to once again extend my warmest thanks to the Government of the United Kingdom and to the High Commissioner, my friend Stephen Lilly, and to all the responsible Ministries and their UK counterparts for their hard work and dedication. in order to implement the Development Plan. I wish the best with the new Agreement, especially in the strengthening of the relations between the two countries, but also in the effort we make to see our country reunited, so that an unacceptable situation ends, because today some distortions are being corrected, but there are also some which have been pending for 48 years ".