The prospects of Migrating to Cyprus

The Prospects Of Migrating To Cyprus

Cyprus constitutes the ideal destination for those seeking to embark upon a new and desirable habitat. The island offers high living standards, extraordinary outdoor attractions and sceneries, a Mediterranean climate in conjunction with a stable, sound and contemporary business environment with quality infrastructure. In this way, the island signifies a suitable destination for a wide range of individuals either seeking a permanent oasis or potential business and employment opportunities. In combination with its ideal location, Cyprus offers a considerably advantageous gateway to Europe. 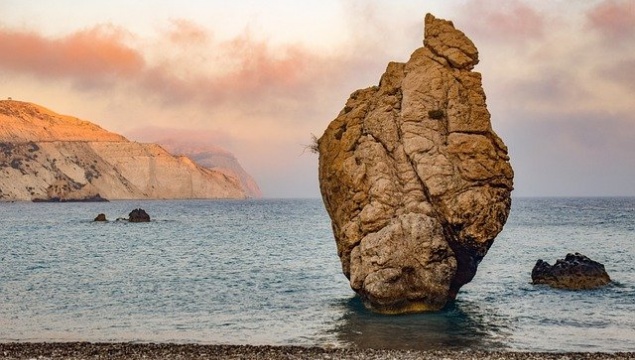 As with all other EU member states, third country citizens wishing to live and work in Cyprus are required to obtain relevant permits.

Residence permit: A permit granted by a nation which allows a foreigner to live within its borders, temporarily or permanently.

Work permit: A permit granted by a nation which allows a foreigner to work within its borders, temporarily or permanently.

2.2 Cyprus has 6 Different Categories of Residence Permits, otherwise known as Immigration Permits. An Immigration Permit will not be granted to anybody unless, such a person falls within the scope of one of the categories. The focal point of this document will rest on the most popular category of Residence Permits, broadly considered to be that referred to as a Category F Residency Permit.

Persons who possess and have fully and freely at their disposal a secured annual income from abroad, high enough to give them a decent living in Cyprus, without having to engage in any business, trade or profession in Cyprus are eligible for this permit. According to the decision of the Ministry of Interior dated the 23/08/2012, the annual income required should be at least €30.000 for a single applicant and moreover at least €5.000 for every dependent person.

The majority of most applicants that come under this Category are pensioners or retired persons however, this is not a rule by any means. Anyone is at liberty to apply.

In order to obtain this Permit certain application forms must be thoroughly completed and signed. In addition, the applications must be supported by documents/ required certificates. (See below pages 7-8)

The Permit is valid on a permanent basis but may be revoked by the authorities in certain instances (See below page 3-4).

The Ministry of Interior anticipates that in light of the latest policy amendments dated the 23/08/12 regarding the issuance of the said permit, the procedure from the date of submission should take no more than 1-2 months.

The Permit may be obtained by all family members simultaneously and they shall all have equal rights. Family members are considered to be the husband/wife of the applicant and any dependants.

The Immigration Permit may be cancelled if the interested person fails to acquire residence in Cyprus within one year from the approval of the application, in case he/she is residing outside Cyprus.

The Immigration Permit may also be cancelled if he/she is absent from Cyprus for a period of two years. In a recent decision of the Ministry of Interior dated the 23/08/2012 it was explicitly stated that the applicant should visit Cyprus at least once every two years and this will suffice to maintain the permits’ validity.

It is possible for the Category F Permit to be issued without the candidate being present in Cyprus during the time of submission of the application and for a period of almost one year after the permit has been granted. Consequently, it would appear that an Immigration permit may be obtained and preserved as valid merely by residing in Cyprus for a short period of time. Initially, after obtaining the permit the individual must reside in Cyprus within a period of one year and subsequently, not be absent for a continuous period of 2 years.

The applicant must submit proof/confirmation from a Cypriot Bank that he has deposited legally from abroad the amount of at least €30.000. The aforementioned amount will be reserved/ blocked for at least the following 3 years.

According to the decision of the Council of Ministers dated the 18/02/2009, the applications of persons who have acquired by purchase a residential home property for no lower than €300,000 will receive favorable treatment, which implies that the evaluation of their applications will constitute a priority. In addition, the applicant should provide proof of payment of at least €200.000 of the total purchase price.2 In practice, it would appear that the occurrence of this event is bound to guarantee the issuance of the desired permit.

According to the decision of the Ministry of Interior dated the 23/08/12.

BENEFITS OF A CYPRIOT RESIDENCY PERMIT

When the application is approved and the Immigration Permit granted, the relevant passport is sealed with an official stamp and it is therefore, not required to renew the Permit every year.

The Republic of Cyprus secures equal treatment between foreign workers and local personnel through its Constitution, Article 28(2), which guarantees the protection of human rights regardless of race, religion or ethnic origin.

Third Country nationals who hold valid Residence Permits issued by Cyprus, on the basis of that Permit and a valid travel document, move freely for up to 3 months in any 6 month period within the territories of the other member states, provided that:

Regulations (EC) No 562/2006, (EC) No 265/2010, the Act concerning the conditions of accession of the Republic of Cyprus & the adjustments to the treaties on which the EU is founded.

High standard Academic and Educational advantages. Also there are prospects of being granted a scholarship in Cyprus Universities, Colleges and other Technical Institutions.

Cyprus constitutes a country with preferential tax treatment and its advanced banking system is valued worldwide.

The island offers a high standard of living and a Mediterranean Climate, in addition to a secure financial and business oriented environment.

Note: It is at the Immigration’s discretion to request additional documents at any stage.